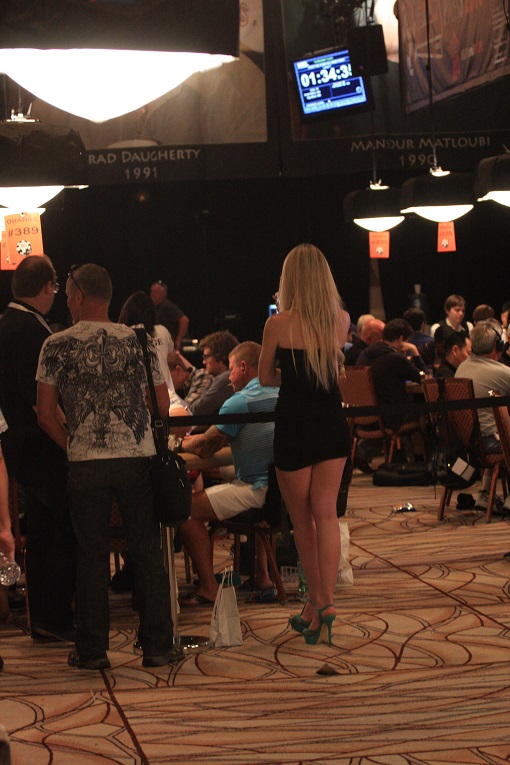 All eyes are on Doyle Brunson (not pictured) making a deep Main Event run.

Fuck us if we’re wrong, but according to our math math math skills, approximately 1,880 players started 2013 WSOP Main Event Day 2A/B and 800 survived.

We’ve seen this drill before at the WSOP where a ton of notables are big stacks but fall off before the final table. Having said that, really seems like a lot of notables among the bigs this year. The two most notable of the aforementioned notables are last year’s champ, Greg Merson (275,600) and two-time champ Doyle Brunson (224,000). A lot of buzz inside the Rio about these two making runs.

How much buzz? We asked Merch for a comparable:

I’ve told you about Old Man Jenkins’ moonshine, right? Well one night back in ’99, about six months before Y2K, or as I like to call it, The Willenium, we had an end of the world party. Old Man Jenkins was an eternal pessimist, prickly bastard, and wanted to get a jump start on the end of days. Anyway, we mixed that moonshine with some grape Kool-Aid. Come to think of it, we probably made the original Purple Drank. Anyway, that was a potent mix to say the least. Yada yada yada I couldn’t sit down in a chair for 3 weeks.