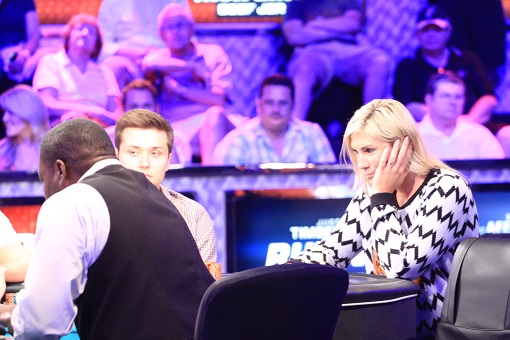 Only one of these fair maidens made it to Day 7.

Day 6 concluded with Germany’s  Anton Morgenstern as the massive chip leader. Morgenstern is stacked at 21.9M. He’s followed by Sylvain Loosli with 14.2M.

The spectacularly-breasted JC Tran surged up to fourth overall, ending play with 11.9M. 2001 WSOP ME champ Carlos Mortensen also had a banner day, finishing with 10.8M.

Cleaning up some loose photo ends, here are some left-over pics from 2013 WSOP Days 5 & 6.