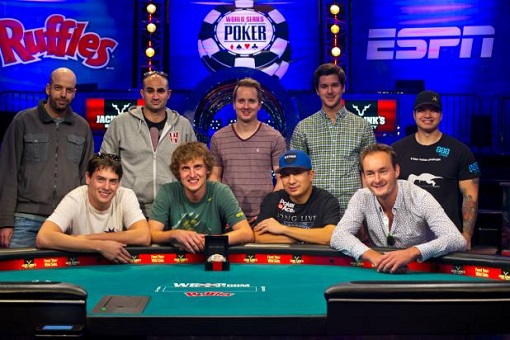 The 2013 WSOP Main Event ended up with a solid November Nine.

But the bigger story, like last year, is who barely missed out.

Inarguably the biggest name remaining in the field on Day 7 was 2001 champ Carlos Mortensen. Viewed by many of his peers as the best no limit hold’em tournament player of all-time, Mortensen was the clear potential headliner for the November Nine final table. He fell just short. Mortensen was eliminated in 10th place by the spectacularly-breasted JC Tran, earning $573,204.

Here is the rest of the final table make-up, including why you may or may not care about each one:

And there you have it. Some legit pros, only maybe two real “amateurs,” and an excuse thanks to JC Tran to post a lot of big breasted women pics if you’re into that.

We’re still “digesting” the final table, but will have our annual “Good, Bad, and Meh” for poker up by the end of the week.