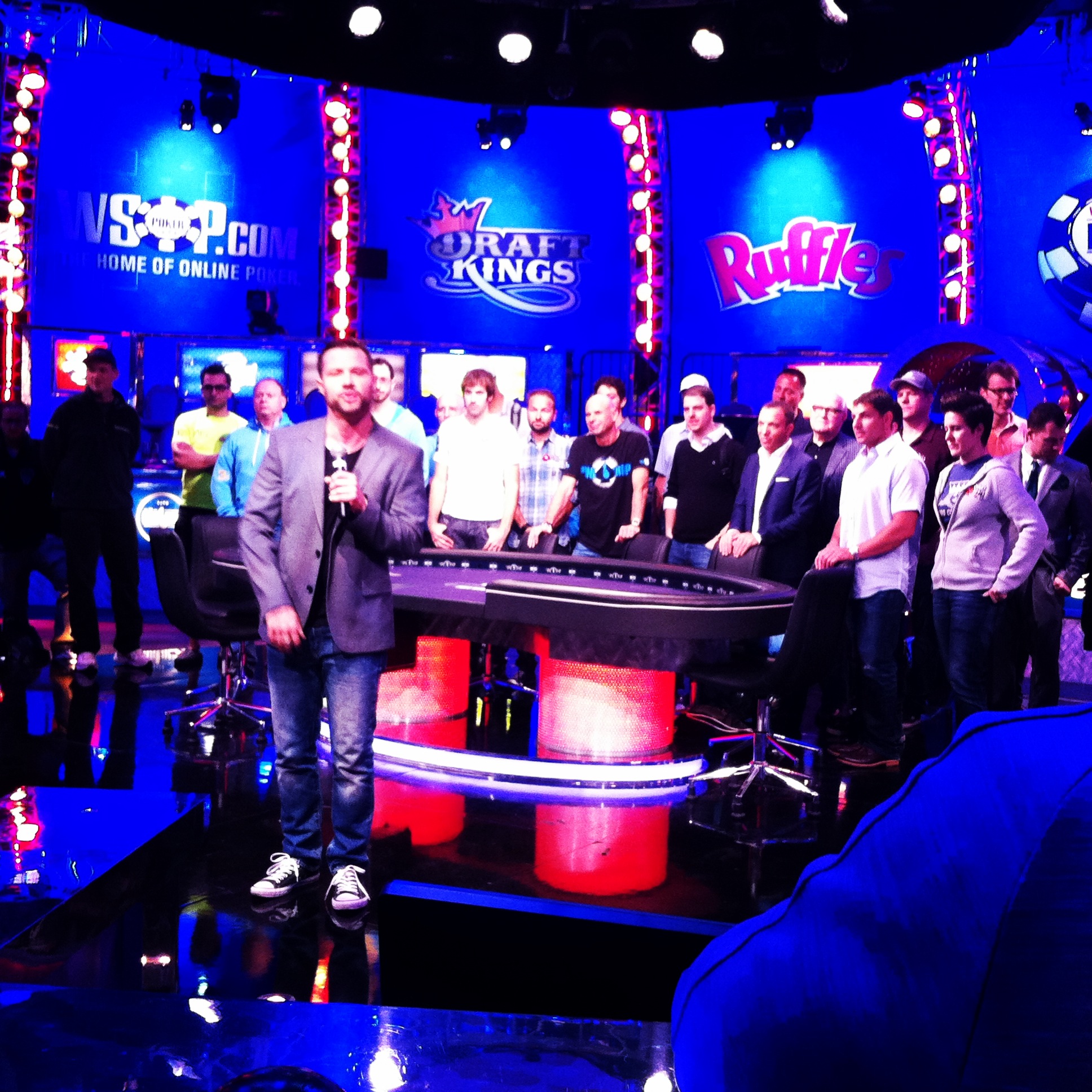 One of these guys is about to be $15M richer. Minus what they have to split with their backers. And taxes. And maybe make-up. And what percentage they traded off. But you get the idea.

In a development that’s obviously Obama’s fault, apparently there are less rich people with the means to drop $1M for a poker tournament then there used to be.

The 2014 WSOP Big One for One Drop ended up with 42 entrants. The winner will bank just over $15M. According to our math math math skills, this is 6 less entrants than 2012 and $3M less to first.

Still, 42 and $15M are impressive numbers. At the beginning of the day, it was anticipated that 43 would enter. However, Phil Hellmuth, who finished fourth in the inaugural One Drop event, was shorted $130,000 at the cages by one of his backers, and missed the entry cut-off.

Of the 42 who did enter, 31 survived to Day 2. Leading them is Sam Trickett, who runner-upped the inaugural One Drop. Trickett soared to the chip lead early and maintained it throughout the night, ending play with 13,400,000. He’s followed by Macau high-stakes player Tom Hall with 9,125,000. Phil Ivey is third overall with 7,675,000.

After a rocky start, returning champ Antonio Esfandiari finished fifth overall, stacked at 6,725,000. If there is no God, Rick Salomon, who is seventh overall with 5,890,000, will continue to build his stack and win this.