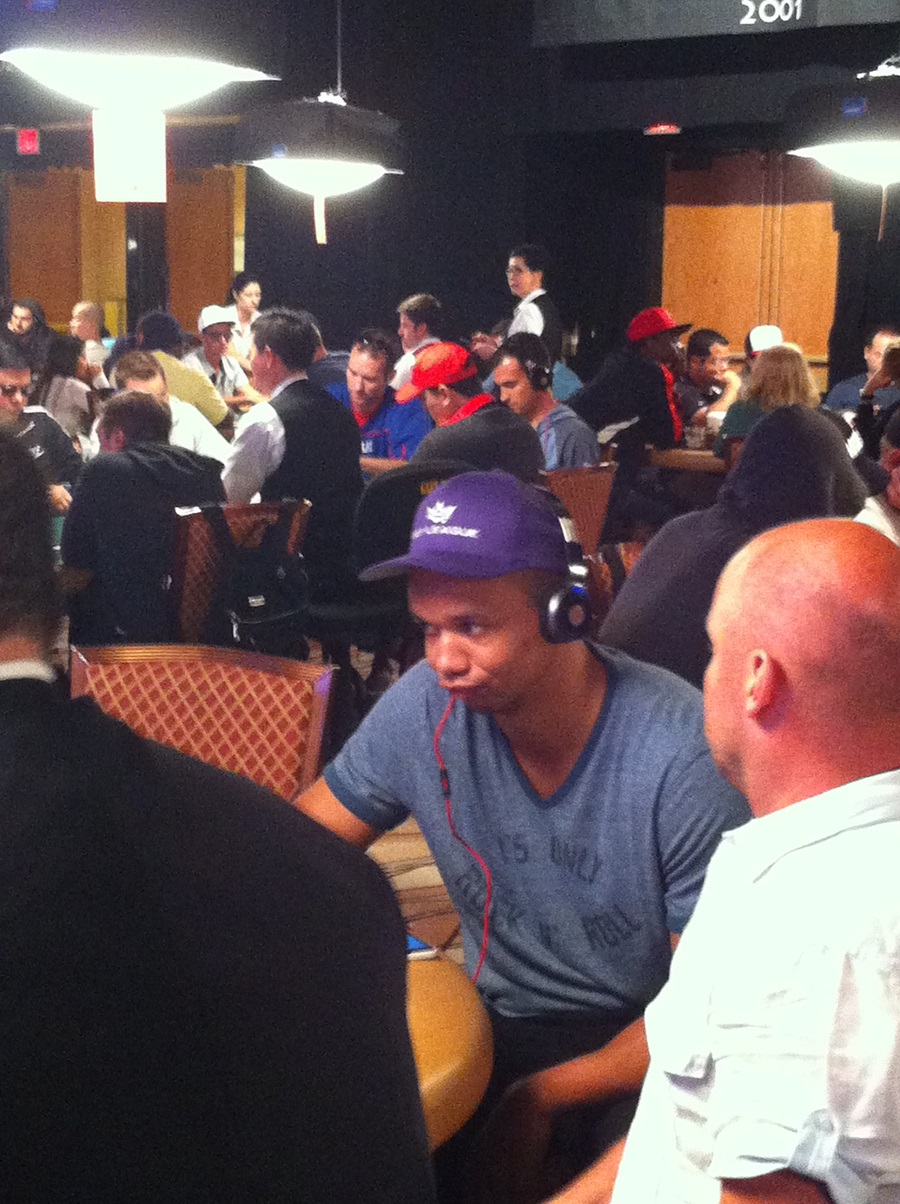 Phil Ivey is not impressed. But he’s still in.

Leading the way is Andrew Liporace of one of our favorite places on Earth, New Orleans, LA, with 1,128,000. He’s closely followed by Mehrdad Yousefzadeh, whose name looks like our keyboard sneezed into WordPress, with 1,124,000.

Like any true poker player, Liporace, who has just over $68,000 in live career cashes, immediately took to Twitter after play wrapped looking for swaps:

Currently have over 90% of myself going into day 4 as the chip leader 1,128,00 Looking for swaps Please Retweet

Among other notable stories: