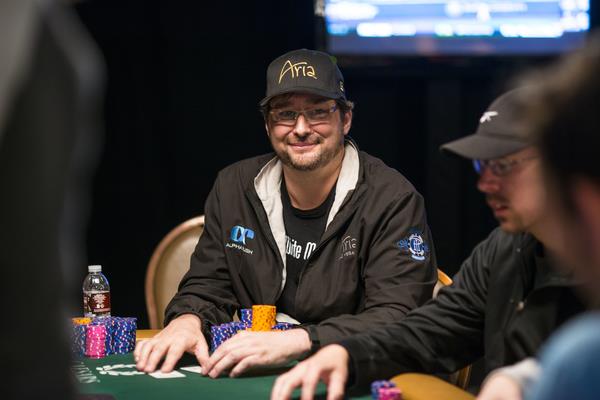 The Millionaire Maker broke records while Phil Hellmuth goes for another one.

Poker is a trend.

As in, it’s trending upwards.

A total of 1,466 survived to Day 2. Notable big stacks include Matt Glantz, Greg Mueller, Doc Sands, The Intense Stare of Scott Clements, Scotty Nguyen, and making a re-appearance on the scene, the man the myth the legend, Black Phil Ivey, Big Sldick, the one and only Dwyte Pilgrim. Get full chip counts here.

In other tourney news…

Awwwww…good ol’ Bartlett. Bartlett, which is part of Shelby County, brings back fond memories. Actually, I don’t remember any memories of Bartlett, come to think of it. Can I tell you a story? No? Well ok. See one time I went to Bartlett, which is part of Shelby County, with Jimmy Cottonwood and Cotton Jimmywood. I believe they were cousins, twice removed. I wanna say on their mother’s side. Anyway, we went to the Davies Manor Plantation house. Can you hyperlink that for me? They pay me a silver nickel per hyperlink. Thanks. What was I saying? Oh yeah, a little known secret, but Davies Manor has a basement with some of the finest turpentine-based alcohol you can find. However, it turns out that turpentine-based alcohol isn’t good for you because turpentine is basically poison. Chalk this one up to a hard lesson learned. Yada yada yada four weeks of intensive care later, ol’ Merchdawg is only sticking with moonshine. And bourbon. And turpentine. Ok some lessons you need to learn a few times.