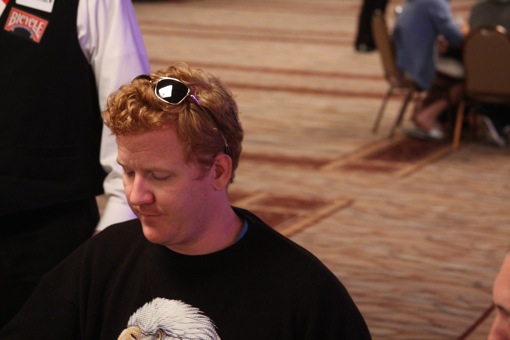 Like Gremlins, they seemed to be multiplying before our eyes during the 2008 WSOP. You put them in water, they multiplied. You fed them after midnight (never understood that one), they multiplied. They were stealing and crushing souls left and right.

One ginger who particularly stood out was Cory Albertson, a ginger. At one point he was wearing orange tinted shades and an orange jacket while sitting in the Orange table section. We dubbed him Super Ginger. He was an excellent sport about it.

Cory made a serious run at Last Ginger StandingTM that year. And here he is, in 2011, doing it again.

By our count, there are only three gingers left. Is this the year Cory breaks through as Last Ginger Standing?

We believe Asia might have the answer to that…