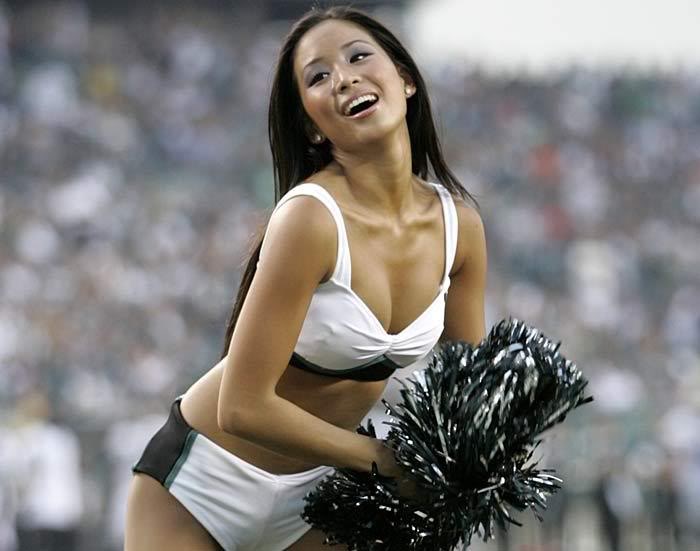 At some point we’ve got some semi-serious content to post, but for now we’re keeping it light and Asian.

If you read the Bleacher Report regularly, then you’re probably a moron. It’s sub-part content written by guys getting paid $15 a post with the sole goal of generating page views. As [occasional] writers, there’s no sports site that pisses us off more than Bleacher Report.

However…they do have a knack for finding hot cheerleaders and posting them.

And it turns out that one of these cheerleaders, Alicia of the Philadelphia Eagles, is a big poker fan.

So much so, her favorite movie is Rounders and if she could spend a day with anyone, it would be one Daniel Negreanu.

Somewhere in Palos Verdes, Barry Greenstein just threw his arms up in the air and said, “What the fuck?! Negreanu hasn’t dug Asians in years. That’s my thing! I’ve EARNED this!”

And somewhere in New York City, F-Train is nodding his head while mumbling, “You go, Barry.”

A bunch of Alica images to choose from here.