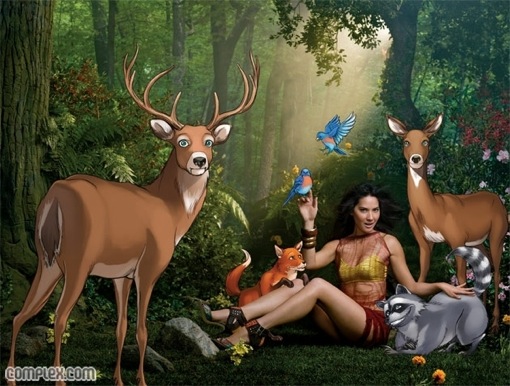 And that’s it. All of the EPT Berlin robbers are now in custodyTM.

The final suspect–Jihad Chetwie–must’ve declared a fatwa on “living on the lamb” because he turned himself in to authorities. Or in actuality, if the translations are correct, after fleeing to Lebanon, Jihad decided that living in a German prison would be better than living in a Lebanon prison.

As far as the stolen monies are concerned, each of the robbers banked 40,000 euros. However, 80,000 Euros remain unaccounted for…and police believe that the money likely went “to a client.”

Read more messy translation here and more on the story in general here.

And more of Olivia Munn riding a cartoon unicorn in Complex magazine here.