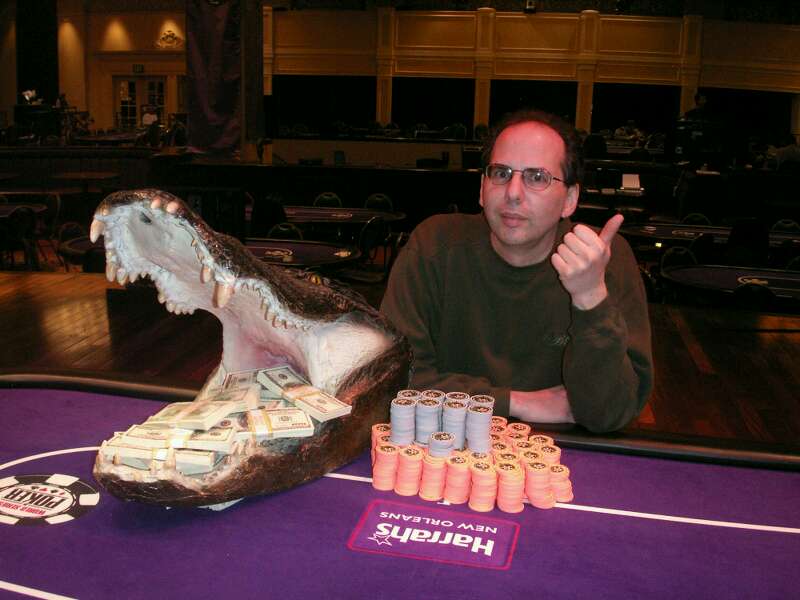 Allen “Chainsaw” Kessler, the Larry David of poker, except “not as funny” and “slightly more annoying,” isn’t complaining about a tournament structure for once. That’s because it’s a tournament he actually won. The well-known nit, circuit rat and thorn in Matt Savage’s side beat out a field of 80 players to take first place at the 2009 Bayou Poker Challenge Championship at Harrah’s New Orleans yesterday. Kessler takes home $70,976, bringing his career winnings to nearly $1.5 million.

Sometimes, dealing with Allen Kessler can be a bit like juggling a whirling chainsaw. Make that a chainsaw with the power revved up to “high.” In recent years, he’s developed a reputation on the poker tournament circuit as once of the game’s most prickly personalities. He’s demanding. He’s opinionated. And, he can certainly be razor sharp.

Vroooooooooooooooooooommmmmmmmmmmmm. And, as Kessler’s most recent tournament victory in the Bayou Poker Challenge championship shows, he can also shear down plenty of other players who believe they can whack him at the poker table.

Following his victory, Kessler sounded nothing like a chainsaw. In fact, his comments were music to the ears of Tournament Director, Steve Frezer and his staff. “I really like supporting these events,” Kessler said. “These are great structures. It’s one of the best tournament structures I’ve seen for this buy-in amount.”

Immediately following his victory, Kessler darted off to the high-limit section where there were plenty of $5 video poker machines from which to chose. Once could sense that in the casino, yet another chainsaw massacre was about to take place.

In completedly unrelated news, click here for the symptoms of Asperger’s Syndrome.