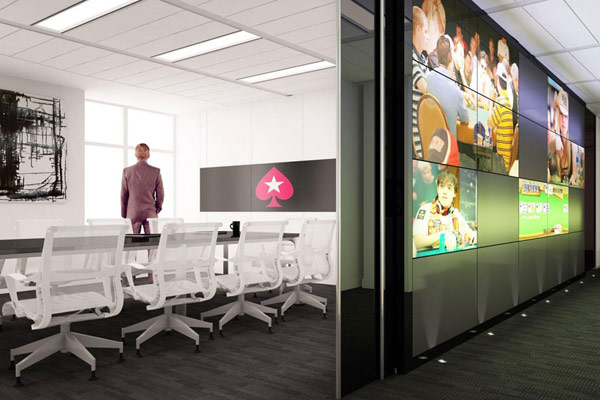 Six months ago PokerStars looked towards the future–and it didn’t include the U.S. Now, it does.

Last week, PokerStars’ parent company announced a deal to sell their holdings to Amaya Gaming for $4.9B. Those key stakeholders, including Isai Scheinberg, would then resign from the Board of Directors and move on and away from the company. The sale of Full Tilt is also be part of the deal.

The deal was rumored to be in the works for a year–with serious talks ramping up six months ago (or better put, when Stars got shut-out of New Jersey). According to David Baazov, CEO of Amaya, the transaction is expected to close by the end of September 2014. If that happens, expect Baazov in the top 3 of the 2015 BLUFF Power 20.

So what does this mean for PokerStars’ future in the United States? We spoke with a number of industry insiders for their take.

Bon Jovi and a Blaze of Glory

One well-placed source (above quote) told us that it’s a foregone conclusion that PokerStars will enter New Jersey now. Polling other insiders, this seems to be the general consensus.

Says another source who is keyed into the acquisition details:

“The deal certainly improves the chances of PokerStars returning [in some form] to the U.S. market for online poker. But, given how shoddy those chances had become prior to the deal, that’s not necessarily saying much.”

In that sense, this acquisition is more an admission that it was time for Stars to throw in the towel in the U.S. Instead of fighting this longer and going down in a blaze of glory, Stars hoisted the white flag.

Globally, PokerStars is the undisputed market leader. They’re the San Antonio Spurs of online poker: better run, more efficient, filled with an international team all-stars, and a model of consistency and class.

But they simply weren’t going to get back into the U.S. market any time soon. Caesars (and others) weren’t going to allow it. When that became a reality, it was on to Plan B (or C, D, E, or F).

Yeah, Yeah, Yeah But What About California…

California is to online poker what the WSOP is to land-based poker: at the end of the day, it’s by far the biggest thing that matters the most.

As we’ve written in the past, before Black Friday, 50-60% of all real money U.S. depositors on Stars and Tilt were from California. PokerStars re-entering the Golden State is huge.

For that to happen, Caesars will likely need to back off their aggressive lobbying efforts. Caesars is the driving force behind all of the “bad actor” provisions in every state, including California. As one insider told us, “The bad actor language in whatever bill that finally emerges in California will tell us everything we need to know about whether Amaya purchasing Stars is enough to wipe the asset clean.”

It may take more than that. California is all about tribal gaming. There are complexities that exist in California that won’t be as prominent elsewhere. In that regard, PokerStars coming into the state will be an even more polarizing issue now.

One thing that could help their market re-entry is that PokerStars has long been rumored to have key influencers “in their pocket” for years (via campaign contributions, etc.), going back to before Black Friday. While this is speculation, we’ve heard countless stories from countless people in countless states about this, and typically where there’s smoke, there’s fire. If true, one insider told us that this could “accelerate” Stars not only getting back into California, but “other states” as well.

Then again, maybe the Amaya acquisition more closely aligns Caesars and PokerStars. There is some history there. Caesars was reported to have offered the Rio and WSOP brand to Stars (something that was never really categorically denied). Online Poker Report also outlined how the deal could potentially bring Caesars and Stars closer together here. While that’s still speculative, it’s not entirely far-fetched either.

Not announced anywhere yet, but PokerStars/Isai’s PYR Software is part of the sale, according to sources. PYR is basically the development and support system for PokerStars. Read more about it here and here.

And expect Isai to negotiate some form of a settlement with the DoJ. He’s got mountains of “eff you” money now–and PokerStars’ path to re-entry is going to be made much easier once Isai is clearly gone from the company and pays some form of face-saving fine to the DoJ.