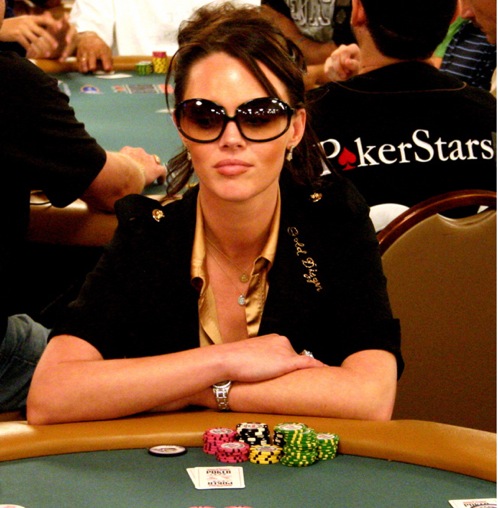 Blast from the Wicked past.

If you’ve been a loooooooooooooooooong time Wicked Chops reader, you’d know that former Penthouse Pet Anna Benson was once our biggest fan.

Anna, wife of one-time first overall MLB draft pick Kris Benson (who went to the rival high school of one of the Entities), was a part-time poker player during the boom years and sponsored by a site called golddiggerpoker.com.

We liked following Anna. She liked the attention, we think. She even once said the following quote about us:

Wicked Chops Poker are nobodies, the site is garbage.

Despite what some of her table mates at WSOP events thought, we liked Anna though. It was a shame she thought we were garbage, because we thought Anna was legitimately “trashy hot” and a “publicity whore,” both of which we find admirable qualities. We were besties. The Hall to her Oates.

Ok maybe we posted this and this too about her. Not so much. Whatever.

Anyway, we thought Anna and Kris were already divorced, but guess not. Now they are. For the .00001% of our readers who care, learn more about it on Deadspin here.