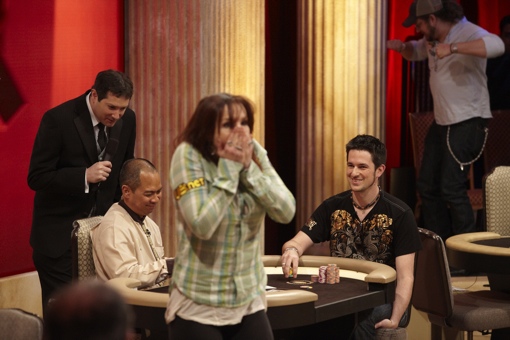 Annie Duke probably looked something like this when she defeated Erik Seidel for the 2010 NBC National Heads-Up Poker Championship.

The woman Duke defeated long-time friend Erik Seidel 2-1 for the title. She banks $500,000 for the win, boosting her career tourney earnings to over $2.1M. That number of course doesn’t include the $2M she took home for winning another made-for-TV event, the initial WSOP Tournament of Champions back in 2004.

For a recap of the match, go here.