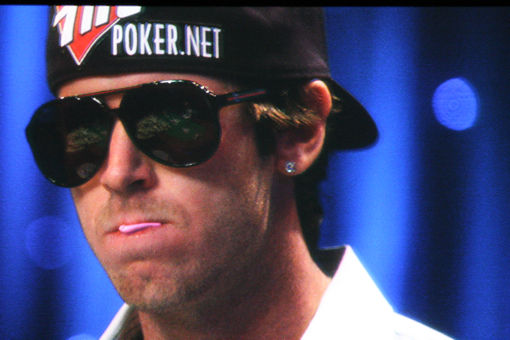 Esfandiari is trailed by John Racener with 1,900,000. Racener was among the short-stacks when the day started, but chewed his way up to second in chips.

If recent history tells us anything though, the final table will end up being Kia Mohajeri, Luis Velador, Chris DeMaci, Ted Lawson, Daniel Fuhs, and Charles Caris.