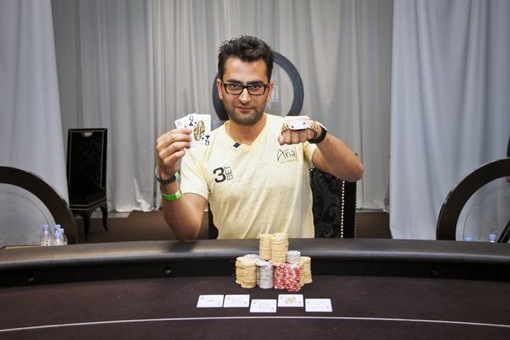 Back when we first launched Wicked Chops Poker in 2005 (fuck), we discussed a phenomom occuring in the game that we dubbed “The Magician Invasion”TM.

The premise was that with Antonio Esfandiari, a magician, capturing a bracelet at the 2005 WSOP, and Scott Lazar, a magician, final tabling the Main Event…well you do the math math math.

Antonio Esfandiari…dare we say…turned up the heat during the summer. He cashed six times at the 2012 WSOP, including a third place finish in Event #36 (for over $151,000) and that smallish charity event he won for $18M.

Apparently, Esfandiari’s run good has continued into the Fall. The Magician dominated WSOPE Event #2 (€1,100 with Re-Entry), outlasting 626 players and capturing his third bracelet (and second of the year). For the win, Esfandiari banks €126,207.

The win also moves Esfandiari past Phil Ivey for Player of the Year honors.

A bunch of Frenchies final tabled the event as well, but sacreblue, could not pull out the victory.