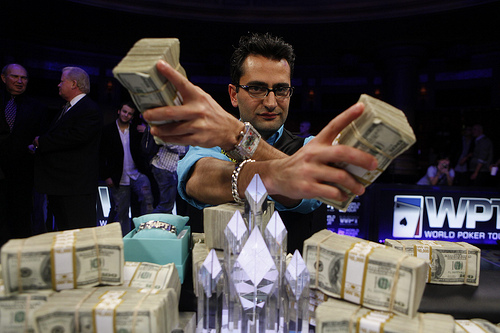 In Antonio Esfandiari's hands: how much he's going to spend on bottle service tonight.

Not a bad way to spend your 32nd birthday.

For the win, the birthday boy banked $870,124. Esfandiari almost led the tournament wire-to-wire, giving one of the more consistent and impressive performances of his career.