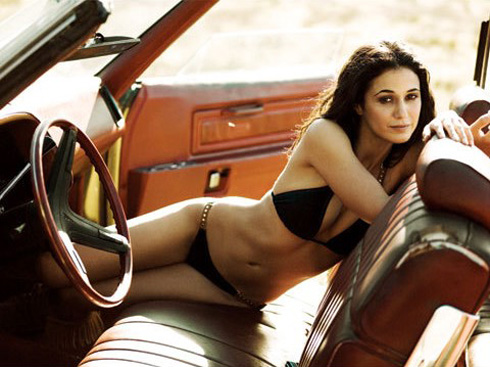 Putting Emmanuelle Chriqui at #1 almost, ALMOST, makes up for the omission of Vikki Blows.

AskMen.com came out with their annual Top 99 Most Desirable Women list, and while a few girls with poker ties made it, there was one glaring…GLARING…omission.

First, on the list were Joanna Krupa at an almost-completely-discrediting-the-list-low #77, former WPT hostess Layla Kayleigh at #25, and Keeley Hazell at #22.

And in a surprise at #1? WCP (and Pauly) fave Emmanuelle Chriqui. Well done, there, Ask Men.

However, not making the list? Vikki Blows. How the fuck does that (not) happen?