Home   Audrina Patridge In A Bikini Makes For a Good Post 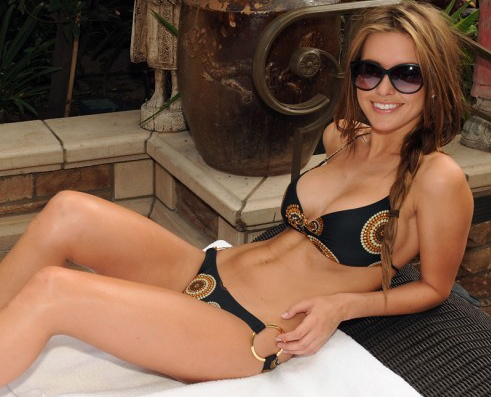 Audrina Patridge doing what she does for a living and doing it well at Tao Beach in Las Vegas.

The ridiculously flat-stomached, big breasted, eh-who-cares-about-her-face Audrina Patridge was in Las Vegas this weekend, and this may come as a surprise to you but she was seen nowhere near the Rio. Yeah, apparently her publicist wasn’t aware of the career boost Audrina would get if she came by the 2009 WSOP in a bikini and became one of our Girls on the Rail. Just look at THO Girl and Ass Girl. They were nobodies before. Now, thanks to us, they’re THO Girl and Ass Girl. For nameless girls with nice tits and a great ass, that’s like becoming President.

More pics of Audrina looking hot in a bikini in Las Vegas here. Video of Audrina Patridge as a Pussycat Doll here.