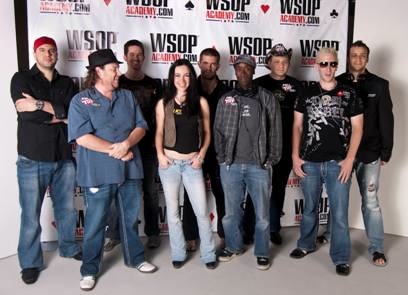 If only the French army fought as hard as ElkY does...

Earlier today, nine people were invited to play a WSOP Academy single-table tournament with the winner receiving a free-bid into the WSOP Tournament of Champions.

The tournament concept itself–and the entrants, which only included one bracelet winner–were catching some heat from the so-called poker “media” and others–as “they” felt it more or less invalidated the purpose of having a Tournament of Champions where “one” needed a bracelet to qualify.

Unfortunately, the one bracelet winner, Michael “The Grinder” Mizrachi, couldn’t pull out a victory heads-up against Bertrand ‘ElkY’ Grospellier, voiding some of those complaints. Sooooo ElkY gets the seat. And there you have it.