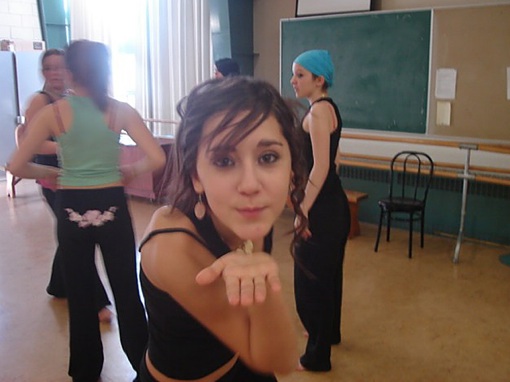 Pretty sure Cee-Lo wrote a song about you, Bianca.

Not sure what took us so long getting around to this…

As everyone is aware by now, 2010 WSOP Main Event champ Jonathan Duhamel was recently robbed in his home. Among those arrested for the robbery was his ex-girlfriend, Bianca Rojas-Latraverse.

Bianca, 20, was alleged to have tipped off the actual robbers as to the whereabouts of a safe in Duhamel’s home. Stolen items include around $160,000 in cash money, a rolex watch, and in a particularly low-blow, Duhamel’s WSOP bracelet.

If there’s another thing we can’t stand, it’s French Canadians (but we still love the French French if the Tilt-Tapie deal goes through).

Now if there’s even another thing we can’t stand more than Al Qaeda, French Canadians, or 9/11 Truthers, it’s people who try to steal our brand. Or bran muffins. We’re no spring chickens anymore, for cripes sake.

What was this post about again? Celery? Oh yeah, among the things we really can’t stand are ex-girlfriends who allegedly try to our WSOP bracelet, especially if we had a WSOP bracelet.

Problem here is Bianca Rojas-Latraverse is kinda hot, and if society has taught us anything, it’s that good looks matter more than almost anything. It’s kind of like that Ron Paul/Truther conundrum. On that note, we can’t stand conundrums.

Awesomely, Bianca wants to pursue a career in law. Hopefully she’s a fast learner so she can represent herself in an appeals court after she’s sentenced.

At least Duhamael has handled this about as well as humanly possible.

Read more about Bianca and the case here.