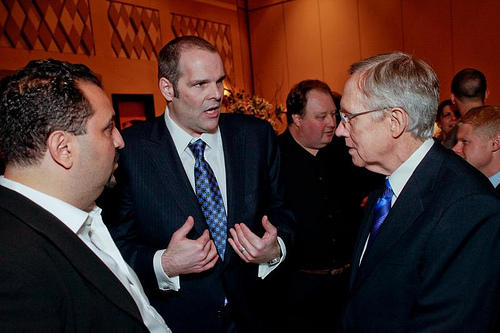 Chad Elie is exposing Howard Lederer and spilling some truth all over Twitter.

One of the original Black Friday 11TM has started a Twitter account and is blasting away at Howard Lederer and others.

Chad Elie, 32, was given a five-month prison sentence (and ordered to pay $500k) earlier this month for processing online poker payments with PokerStars, Full Tilt, and UltimateBet.

“I am just really sorry, I really regret my actions.”

And since then, he hasn’t stopped “publicly stating,” as he launched a Twitter account and is taking some shots before heading to the clink.

Elie directed some gems at Howard Lederer, like this one (referencing a statement HL made in the Lederer Files):

“I never met with a payment processor”-Howard Lederer. Interesting Howard,do you not remember the MEETINGS we had? What about NYE? 5hr meeting