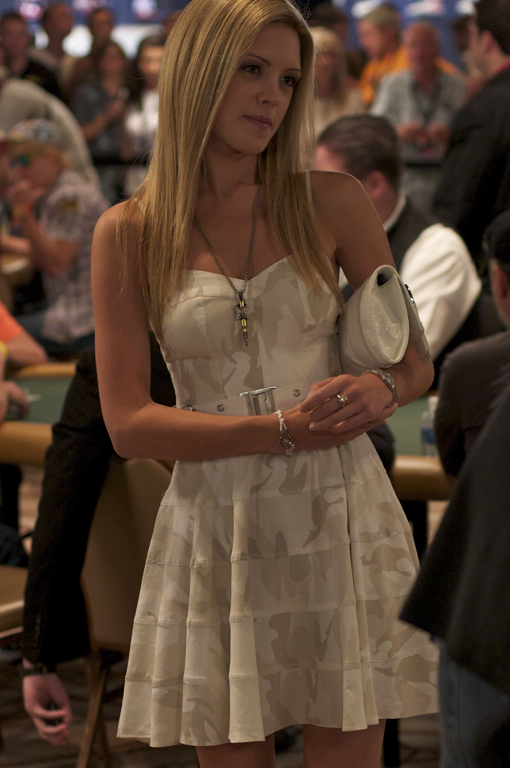 Isabella, you let us down...

Last year we introduced you to Brad Garrett’s super hot girlfriend Isabella and explained why she was a role model to girls everywhere (NSFW-ish).

Well, Isabella’s back again this year, this time showing up with Brad to the 2010 WSOP Ante Up For Africa charity poker tournament on Saturday. It’s hard to tell in that dress if she’s still a role model to bra-less girls everywhere but who really cares when she’s not willing to show how spectacular she is as a role model? It’s like if we didn’t bang every single hot girl we went to college with (and we did). What’s the point in being the world’s greatest lovers if no one gets to experience it?

There is no point, if you were waiting for an answer.

Our photos below of Brad Garrett’s girlfriend Isabella at the Ante Up For Africa tournament on Saturday.