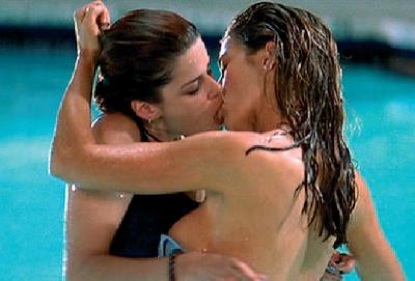 Mandalay Media may have some ideas on how to spice up WPT broadcasts...

Mandalay Media, a company best known for producing films like Sleepy Hallow, Donnie Brasco, and Wild Things (above), has announced a proposal to purchase the World Poker Tour for $35M in cash and stock.

According to the bulletin:

“Shareholders would receive cash and stock of $1.69 per share, based on WPT`s recent outstanding shares and disregarding options. The proposal represents a premium of approximately 54% over the closing price of WPT`s common stock on October 26, 2009 and a premium of approximately 23% over the implied value at closing of WPT`s pending asset sale with Peerless Media Ltd.”

Damn. That’s a quick turnaround for a company many felt was running on fumes a year ago. Hats off to Lipscomb and crew.

How would the WPT fit into Mandalay’s overall business strategy? Tough to say, but according to Mandalay’s website their “mission is to build a strategic combination of new media infrastructure, distribution, and digital content companies. It intends to achieve its growth objectives organically and through asset acquisition, merger, exchange of capital stock, or other business combinations with domestic or foreign businesses.”

So yeah, not sure. But they probably have a plan.

Read the full bulletin here. We reached out to WPT for a quote so hopefully will have one soon.

MORNING UPDATE: We know WPT is working on a comment, but nothing yet.

MORNING UPDATE II: Mandalay has now increased their offer by $1.5M to a total of $36.5M, for a price of $1.77 per share. Read here. As Pokerati noted, a vote was scheduled today by the WPT PTB for the offer by Peerless Media (i.e. PartyGaming). Good times.

AFTERNOON UPDATE: No comment from the WPT. Can’t due to SEC rules. In not really related news, the SEC fucking rules. They should just drop Mississippi State and Vandy, add USC and Texas, and make that the like, “college football” division.