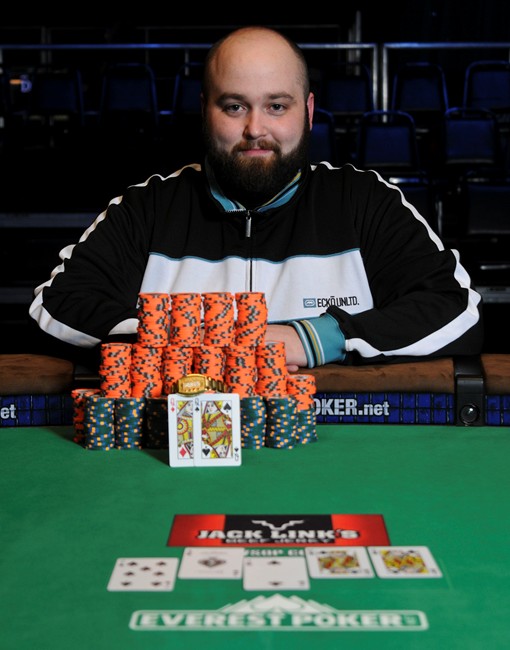 Brock 'tsoprano' Parker is "whacking" the competition at the 2009 WSOP. Whacking as in defeating them, btw.

You know when you’re all-in with the best of it, and the flop hits, and you’re still ahead, but in your gut you know, you have absolutely no doubt that your opponent is going runner-runner and suck-out. That feeling of inevitability?

Watching Event #19 ($2,500 NLH Six-Handed) yesterday, that’s the feeling we got about Brock ‘tsoprano’ Parker winning the tourney. Just kind of feels like his time right now. Inevitable that he was going to win it.

And below, Parker’s good friend Justin Bonomo breaks down some of the final table play.

Watch Justin Bonomo Gives Us the Play By Play on RawVegas.tv