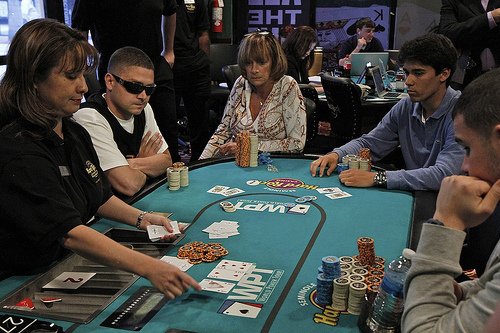 So with that mind, a woman, a woman, has never won a full-fledged World Poker Tour open-event title. Believe they are something like 0-47 (BJ?).

That all could change today as Abbey Daniels, a woman, has made the WPT Seminole Hard Rock Showdown final table.

Daniels, a native of Corel Springs, Florida who has grinded out a few cashes in the past year, finds herself stacked third overall with 2,192,000.