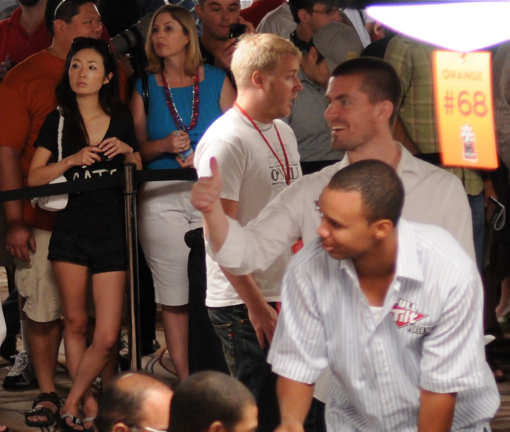 Gus Hansen has moved on to bigger and better things.

…or more likely, it’s the other way around.

Regardless, looks like tennis superstar Caroline Wozniacki has moved on to someone who gives-a-damn, as she’s been rumored for a couple of weeks to now be dating U.S. Open champ Rory McIlroy.

Previously, Wozniacki had been linked to Gus Hansen, who was spotted in her box (nyuck nyuck nyuck) at the Australian Open.

Hansen has pretty much fucked anything with a vag the past eight or nine years on the circuit, so we think he’ll be OK. In fact, he’s probably fucking somebody right now.