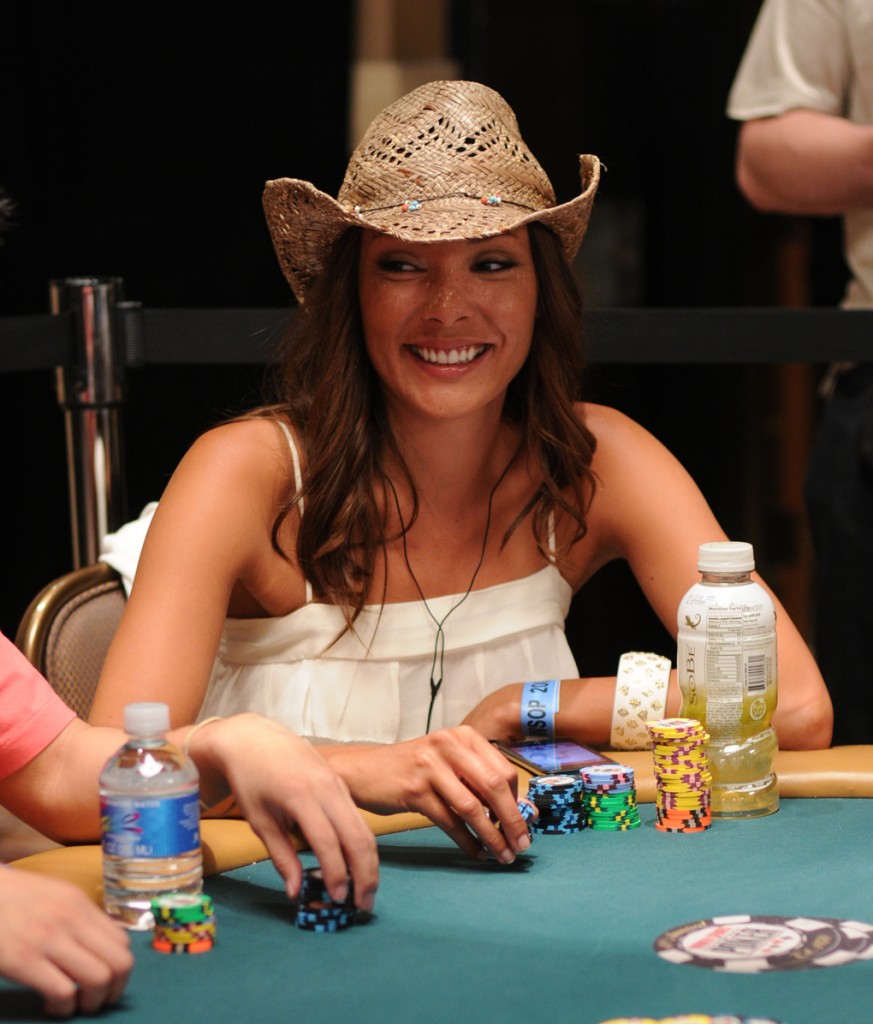 Above is Cecilia Nordenstam. She hails from Sweden. In U.S. America, guys would cut off their left arm for just one night with a girl like Cecilia. But in Sweden, where they actually kill you if you’re among the 10% of the population who are not attractive*, Cecilia is just kind of average. She’s just your average Swedish model (models make up almost 74% of the total female Swedish population**).

While we’re on the subject, here are some other facts about Sweden:

Unfortunately we didn’t get the time to post this while Cecilia was still alive in the 2009 WSOP Main Event. After nearly doubling her stack early in play, she was eliminated later on Day 1D. Go below for more pics of Cecilia playing poker.

* Unsubstantiated.
** Could be off by a few percentage points.