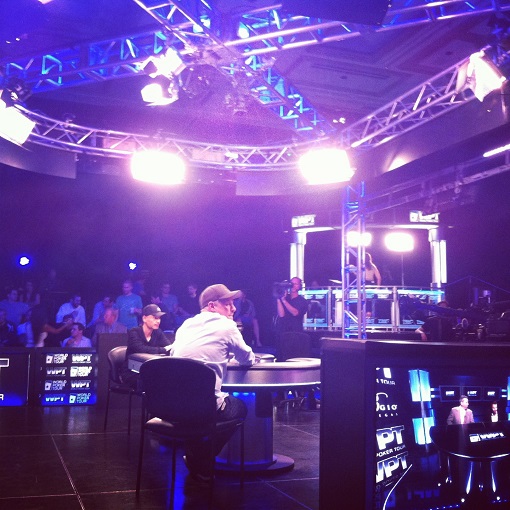 The WPT Championship was like a redemption song for Chino and Lindgren.

Chino Rheem has had one helluva interesting and paradoxical poker career.

He’s had many VERY successful years, yet is always broke or in make-up. He’s had multiple elite level scores, including a WSOP November NineTM finish and WPT title, but very few think of him as elite. He’s very popular among players, but generally disdained by the mass poker public.

Regardless, Chino’s game has spoken for itself once again. On Friday, he captured the WPT Championship, banking $1,150,297. That’s right, $1.1M. The WPT Championship drew just 146 players this year–things ain’t what they used to be.

Still, the win is Rheem’s fourth $1M+ tournament score, giving him $6.7M in career earnings. It’s a feat made more impressive in that none have been in the high-roller games that recently are producing million dollar paydays.

Interesting side note, Michael “The Grinder” Mizrachi, a long-time Chino friend and backer, flew in from Europe to sweat the final table. Rumor was he did so to collect whatever massive make-up Chino owes him again. Side note side note, Grinder dropped that he also didn’t plan on playing many WSOP events, so don’t expect much from him on your fantasy squad.

Lindgren has had a mini-resurgence lately, being the latest to try out Choice Center and increase the focus on his game. The former WPT and WSOP Player of the Year finished first (for $39k) and third (finishing one spot ahead of Rheem) in two preliminary Bellagio events the past week.

Speaking of Player of the Year, after Jonathan Roy of Quebec (Duhamel) got knocked out in third place ($421,800) of the Championship final table, WPT POY honors went to Weeds and Entourage writer and producer and all-around nice guy Matt Salsberg. As frequent Weeds and (unfortunately) Entourage watchers, each show had a lot of poker references and cameos. So thanks for trying to keep poker trendy, Matt.

In related all around nice guy news, David “Doc” Sands binked the WPT Super High Roller for just over a milli. Sands bested another small field of 21 and Joseph Cheong for the title.

The WSOP is now just a few days away. Will the small turn-out for the past week’s WPT events signal a downturn in WSOP attendace? As Asia would say, well, you know.