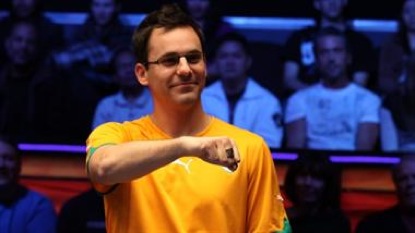 The $20,000 Epic Poker League Mix-Max Main Event wrapped this weekend, with Chris Klodnicki defeating a field of 100 to take the title.

For the win, Klodnicki banks just over $801k. He defeated Andrew Lichteberger heads-up for the title.

In related news, Epic held a number of prelim tournaments for the first time before their Main Event. Apparently everyone got confused that a “6-max” event only allowed six entries, as only six entered the $3k 6-Max event. McLean Karr took that down. Maria Baraco, a woman, defeated a field of 8 to win the $1,000 Turbo event.