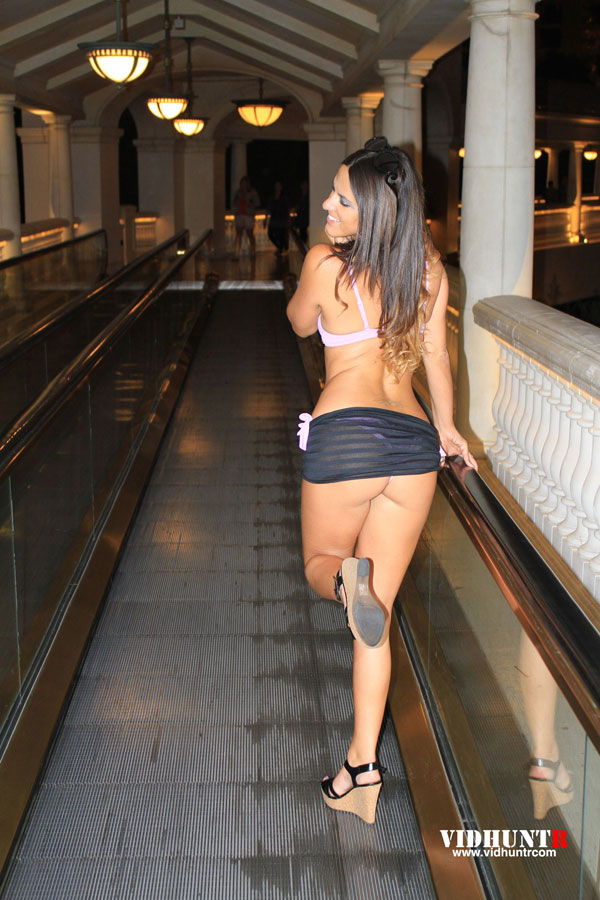 If you’ve never been to Vegas, this is exactly what you see all the time everywhere. Except add 100lbs.

So this site used to link to WCP and RawVegas a lot back in the day, especially when we produced a lot of original “hot girl” content. And since poker often happens in Vegas…and this Claudia Romani is a bikini model wearing a bikini in Vegas…why not. View more like-wise pics here.

On with the latest poker news from around the globe…

:: Recently married Vanessa Selbst, a woman who like women, continues to do Selbstian things, like crush poker tournaments. She added a EPT London – UKIPT High Roller title to her mantle. [link]

:: On that note, Phil Hellmuth was among 21 who entered the EPT London Open Face Chinese Poker event, but was among the 1 who actually won it. [link]

:: Back to women playing poker–4–that’s right, 4–no, you read it right, 4–hold on hold on…wait for it..4!…no seriously we’re not shitting you, a total of 4 women made a 9-handed final table at the HPT Club One event in Fresno. 4. Women. 4 women! Aaaaand none of them won it. [link]

:: In other HPT news, it looks like capturing the inaugural Gold RushTM proved hard for Mel Weiner. An exhausted Weiner battled to come on top of the Club One event and win HPT’s three-event California series. Despite going deep in all three events, Weiner didn’t have a come from behind victory at Club One, earning him second place honors in the standings. Penis. [link]

:: Tony G is running for European Parliament. Can’t be worse than the people we have in Congress. [link]

:: Another sign that poker is kinda sorta back in the U.S.–ALL-IN magazine returns soon. [link]