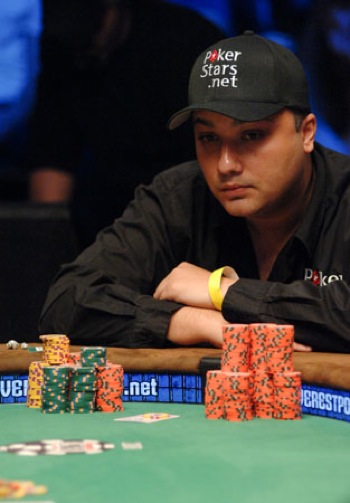 It’s been awhile since we’ve seen our favorite idiot from Northern Europe, Cristian Dragomir*, the fragrance.

Dragomir you may remember was the receiver of some of Phil Hellmuth‘s biggest insults back at the 2008 WSOP Main Event.

Since his 29th place finish in that event, Dragomir hadn’t cashed again until a few weeks ago at the EPT Snowfest (where he final tabled in fifth). Looks like Dragomir is still running hot though, as he ended Day 1A of the EPT Berlin Main Event as chip leader, stacked at 205,500.

He’s followed by Mayu Roca Uribe from Columbia with 190,000.

Day 1B is in progress. Follow the action here.

* Not a real dragomir.