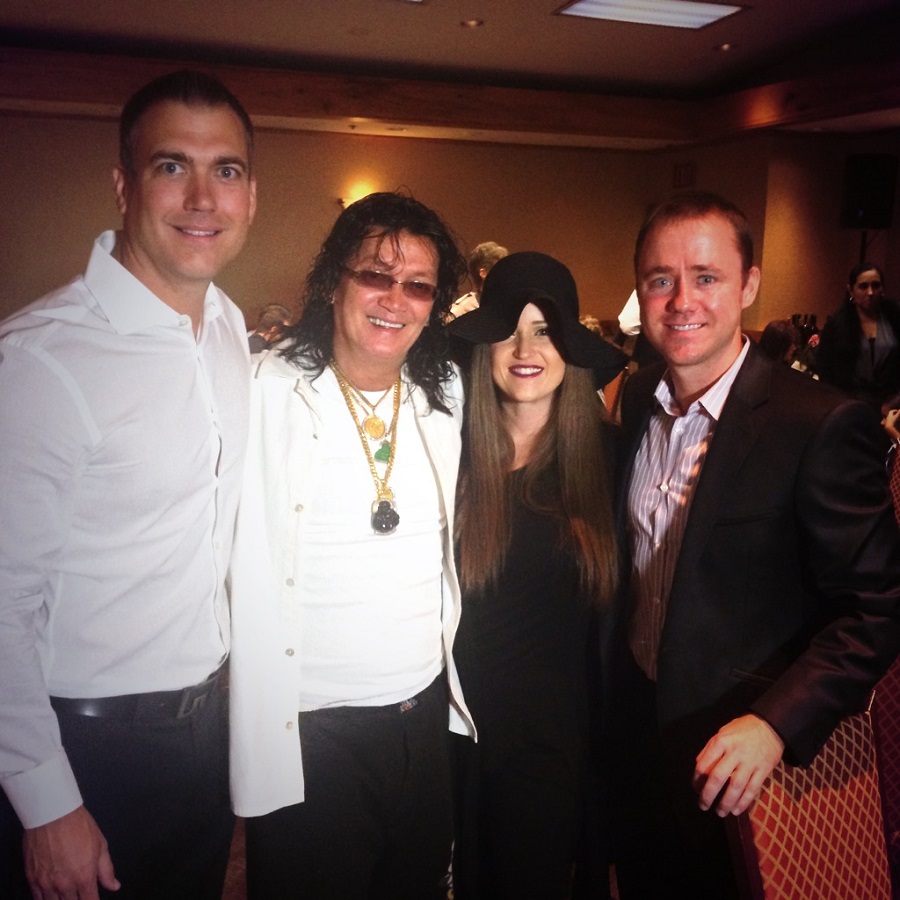 About time: Scotty Nguyen (with agents Brian Balsbaugh and James Sullivan, as well as wife Julie) was finally inducted to the Poker HOF.

Yesterday, the Prince of Poker finally got his due. Scotty Nguyen, 51, was inducted into the Poker Hall of Fame, along with long-time ambassador and WSOP champ Tom McEvoy, 147.

We’ve been louder and more persistent than most in the “Scotty Nguyen should be in the Poker Hall of Fame” corner.

So what took so damn long to get Nguyen in?

Simple: voters held his 2008 WSOP H.O.R.S.E. final table behavior (which, yes, was not good) against him. It was a purely a popularity (or unpopularity) vote.

A few fellow voters even told us as much over the years.

Now we love us some spite more than anyone you’ll ever meet, but we come from the belief that any Hall of Fame should be reserved for the absolute, unquestioned best of the best. If you have a larger than life personality, especially for a (now) TV-driven game like poker, even better. One bad public incident shouldn’t trump all of the other career accomplishments, which included giving endless time to fans, which Nguyen did.

Check this table out on Wiki. Starting with the modern poker era in 2004, Nguyen’s poker credentials stack up to or exceed a number of his contemporaries that got in. Save the Barbara Enrights, Eric Draches, and Linda Johnsons of the world, it’s not that Nguyen should’ve gotten in OVER some of the other inductees, but he absolutely should’ve gotten in along with them.

Regardless, we’re glad the HOF voters got it right this year, got over the 2008 H.O.R.S.E. grudge, and put Scotty Nguyen in the Hall of Fame. He has been one of poker’s biggest stars since 1998, and has had a long and accomplished career.

And next year, hopefully the “getting it right, finally” trend continues and it’s Carlos Mortensen‘s turn, baby.