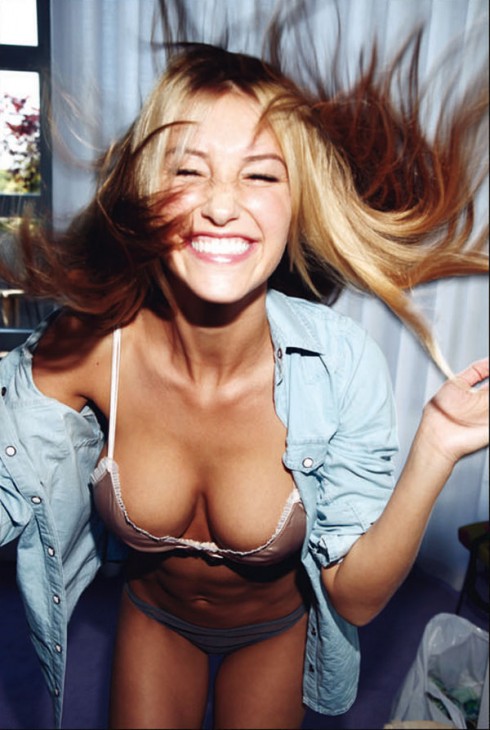 We were hoping that Danica Thrall might become our Wicked Chops Poker Girl of the Year in 2011, but there have been a complete lack of new pics of this British hottie. However, she will be “starring” in a movie with Lucy Pinder soon called, Strippers vs. Werewolves (what else would it be called?) which hopefully may spur some almost-NSFW new pics from her. In the meantime, let’s take you into Memorial Day weekend with the only photos of Danica we haven’t posted yet.

The 2011 WSOP begins next week. Look for our coverage and all the Girls on the Rail that you can handle starting Wednesday.

:: BLUFF has an interesting 2011 WSOP promo–the Streak 2 Seven contest. If you pick 7 consecutive final table winners, you win a $2,000 buy-in to the 2011 Mediterranean Millions, whatever that is. [link]

:: This SNL Amusement Park Ride sketch might be the funniest thing the show has produced in years. [link]

:: FS+G spams another press release about something. [link]

:: A look at why Full Tilt Poker has so many problems? Read what it’s like to work there. [link]

:: Last year, 1/3 of the Entities–Chops–finished second (or third, somewhere around there) in the ESPN WSOP Fantasy Draft. Two years ago, Chops finished second. This year? Not feeling so good about his team. [link]

:: ESPN lists some players to watch at the 2011 WSOP. Conspicuously missing from this list are Howard Lederer and Chris Ferguson. If they show up, EVERYONE will be watching them. [link]

And if you haven’t done so already, go to RISE Poker and submit your email to become eligible for their $1k giveaway kick-off tourney here.