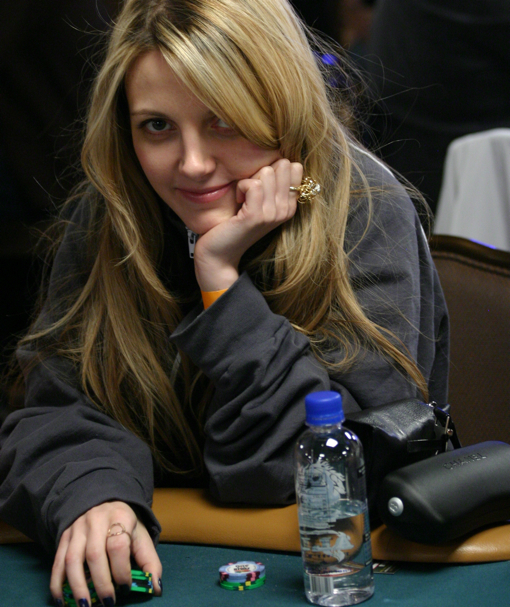 Whenever the name Daniel Alaei comes up, we wonder: Whatever happened to Carmel Petresco (above)?

With lackluster final tables on tap today and the 2010 WSOP Main Event just minutes away from starting, we were just going to skip past the final three preliminary events of the series. But Daniel Alaei win in Event #55 deserves a post of his own.

The 25-year-old has quietly and quickly amassed nearly $5 million in tournament winnings the past few years, and early this morning he won his third WSOP bracelet, taking down the the $10,000 buy-in Pot-Limit Omaha World Championship to collect $780,599. Finishing second was Miguel Proulx of Canada, who picked up a WSOP bracelet earlier this summer in Event #25 ($2,500 buy-in PLO).

Add Alaei’s win to his total of five WSOP final table appearances, his recent WPT title ($15,000 buy-in 2009 Doyle Brunson Five Diamond World Poker Classic) and 7th place finish in the $50,000 buy-in Players Championship this year, and you have to put him up there as one of the top tournament pros on the circuit. And again, he’s only 25. Pretty sick. How many bracelets he can grab by the time he’s 30, only time will tell. But you have to give him good odds of surpassing Phil Ivey‘s record for youngest to reach 6 bracelets, which he did by the time he was 32.

For a full write up on Alaei’s win and the final table of Event #, go here.

For updates today on the final tables of Event #54 and #55, go here and here, respectively.