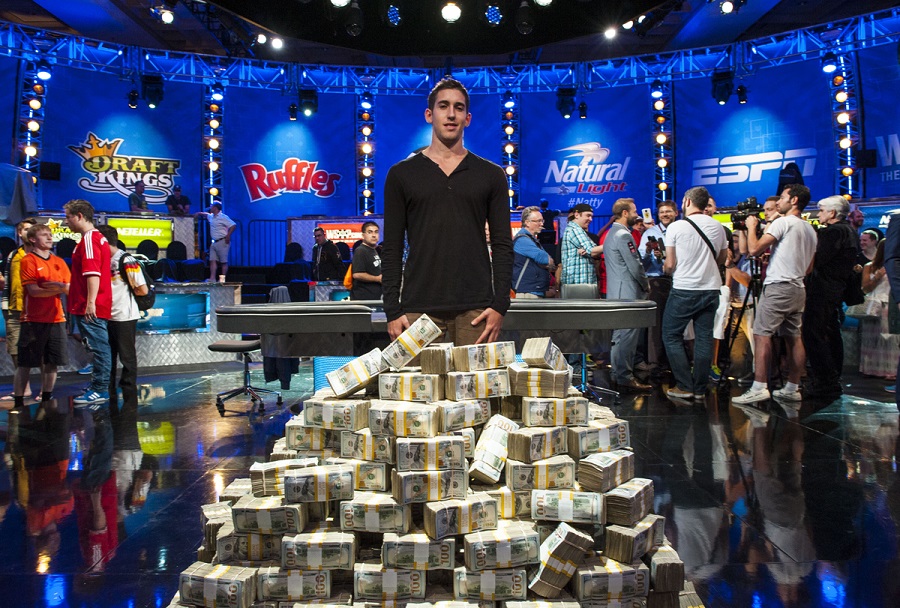 A Daniel won the 2014 WSOP Big One for One Drop, but not the one everyone was expecting.

In what had to be Ty Stewart’s “Hille/Bauman/Mortensen bubble final table” moment for 2014, Daniel Negreanu came up just short in the Big One for One Drop, losing to online SNG heads-up specialist Daniel Colman.

The win moved Negreanu back into first for all-time live tournament earnings at over $30M. Antonio Esfandiari, who won One Drop in 2012, is second with $25.5M.

Proving that there is a God after all, Rick Salomon did not win the event either–finished fourth for $2.8M.

Despite the disappointment, Negreanu handled defeat with class, tweeting:

Had a blast battling Daniel Coleman! Actually joyful and amazing experience. What a great player and great kid. Congrats to him.