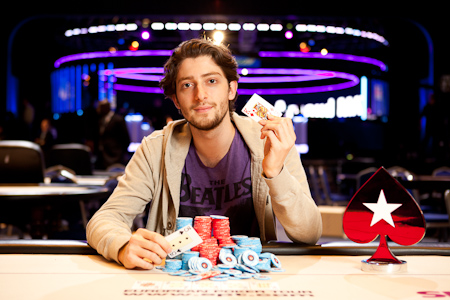 Another high roller event, another near win for Daniel Negreanu.

Igor Kurganov of Russia defeated Negreanu heads-up for the title. Kurganov, who has a string of high roller event cashes to his credit over the past year, banks €1,080,000 for the win.

Negreanu now has over $16M in career live earnings, placing him second behind Erik Seidel (by less than a million) on the all-time money winner’s list.