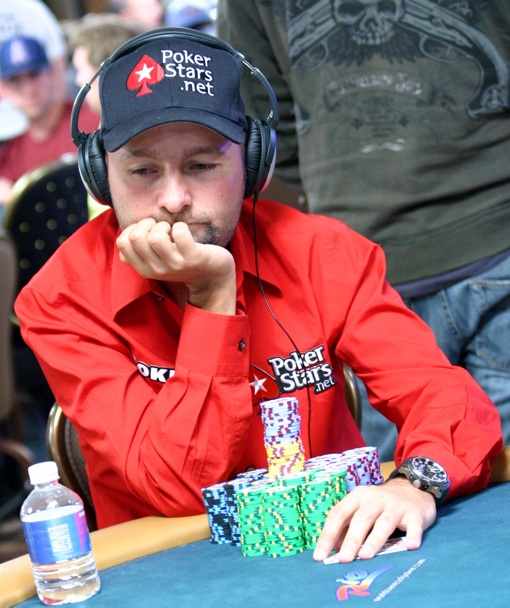 We'll give you the LAPC, we'll take the gold in hockey today. Fair trade.

Lots of big names among the leaders at the 2010 WPT LA Poker Classic.

At the top of the leaderboard is arguably poker’s biggest name, Daniel Negreanu. With 188 remaining, Negreanu is stacked at 316,500. He’s followed by Eugene Katchalov 290,000. In third overall is Duke grad Vanessa Rousso, a woman, who went to Duke, with 225,000.

Lisa Hamilton, a woman, Erica Schoenberg, a woman, Annie Duke, a woman, Dee Leuong, a woman, Jennifer Tilly, a woman, Christina Lindley, a woman, and JJ Liu, a woman, also remain, although none of them went to Duke.

That’s about all of the poker for us today. Time to focus on the U-S-A vs. Canada gold medal hockey game this afternoon. Time to pay back our northern neighbors for 10 years of Nickelback. While we give the Canucks some shit from time to time, we do love them. But…we will never, ever, EVER forgive them for Nickelback. Pay back is a bitch.