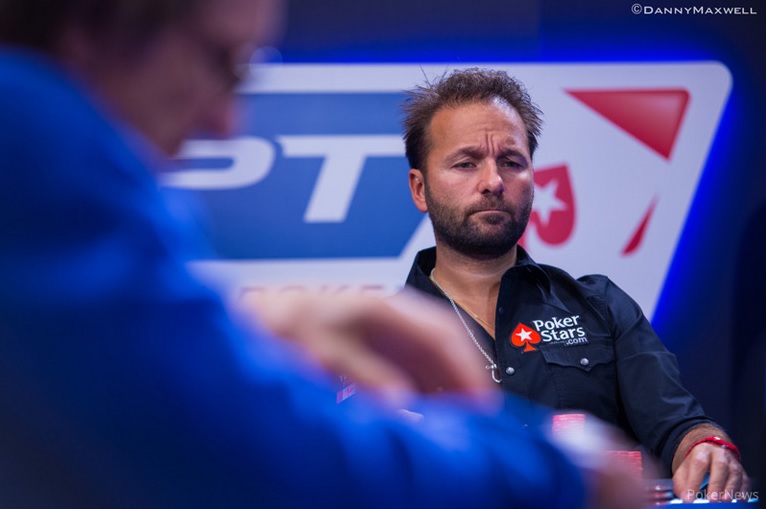 Daniel Negreanu is now the games most marketable AND #1 ranked tournament player.

The games most popular player is now the game’s #1 player.

On Saturday, Daniel Negreanu finished second at the EPT Barcelona High Rollers event. Negreanu was defeated heads-up by Thomas Muhlocker, who banks €390,700 for the win. Negreanu earns €263,800 for second and (according to Alex Dreyfus) will ascend to #1 in the Global Poker Index (GPI)* rankings.

This is fairly remarkable. More on why a bit later.

Negreanu is inarguably the game’s most marketable and popular player. But he’s part of the old breed of poker players–the pre-Moneymaker group that actually had personality and made for good TV, but supposedly saw the game pass them by as the math geeks overran the circuit.

We’ve called Negreanu, Phil Hellmuth, and Phil Ivey the “holy triumvirate” for years. Back in 2009, we polled the industry to determine poker’s top Q Score ratings (read here). Negreanu, Hellmuth, and Ivey were the top three by a large margin. However, while Ivey was considered by all of his peers to be the game’s best overall player, he’s never been ranked #1 on any system (except, maybe, the online poker scoreboard for money winners). Hellmuth has been close as well, but no cigar.

Negreanu has now done what his triumvirate peers have not been able to accomplish. It’s a big deal.

The only sports parallel or equivalent we can think of to compare this to (as in, the game’s most popular player being ranked #1 in a non-team sport) is Andre Agassi and tennis in the mid-to-late 90’s. Ivey has always played the Tiger Woods role in that he’s the most talented overall and admired, but is too much of an aloof asshole to really be embraced. He’s respected and feared (and awed even), but not necessarily well liked. Hellmuth has played the John McEnroe role to a tee and definitely has his share of fans–but always has his share of haters too that don’t like the bratty antics.

Now back to why this is remarkable.

Tennis and golf (or pick any other individual sport) doesn’t have about 47 thousand million different winners every year. The field sizes are smaller, more contained, more what-Epic-Poker-tried-to-accomplish.

From small to mid-stakes to high to super high, the buy-in sizes and sheer volume of events–and winners–makes it damn near impossible for the most marketable and popular poker player to also be, however fleeting, the #1 ranked player as well.

But Negreanu did. Again, it’s a big deal. And it’s really, really good for poker.

In semi-related news, somebody had to win the EPT Barcelona Main Event.

* For whatever reason, the GPI is considered the #1 player ranking system right now. It may be. Or BLUFF may still be. For the editorial purposes of this post, we’ll ignore the “but seriously, how are you going to make money off this thing?” issues with it and use the GPI ranking to illustrate our point.