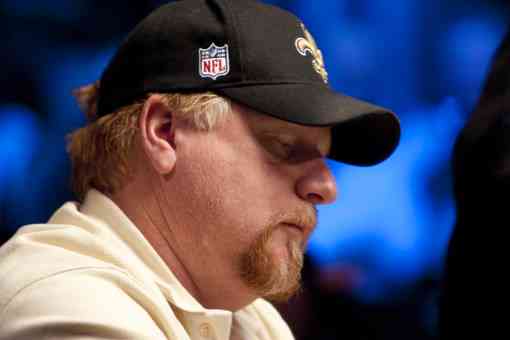 We recently had drinks with Darvin Moon. First time really meeting the guy. Sharper than you might think.

So it should come as no surprise that Darvin has a pretty spot on read about former Federated Sports+Gaming CEO Jeffrey Pollack.

In an interview with PokerListings, Moon, who is an ambassador for the Heartland Poker Tour which Pollack and crew ran into the ground, said the following about the once respected FS+G leader:

“The whole crew were like a big family and Jeffery [Pollack] had to go and fucked it all up for them. He’s a douchbag but that’s a part of life.”

Darvin then talks about some other stuff not relating to Pollack’s douchebaggyness.

In semi-related news, Darvin was eliminated from the 2012 WSOP Main Event.

Read the interview in full here.