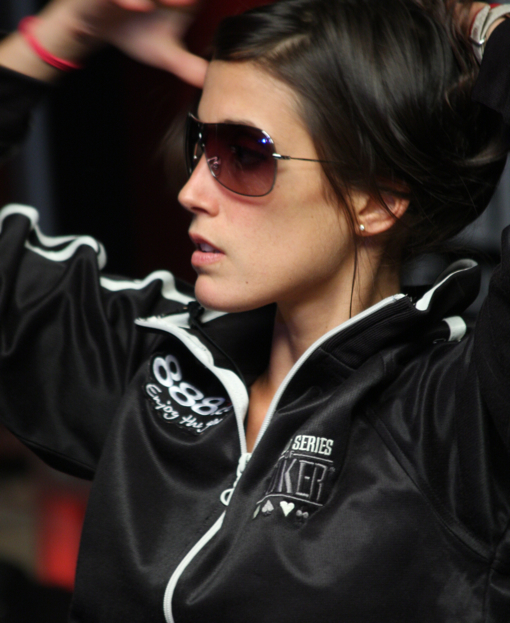 One more day until we know the November NineTM.

Day 7 wrapped at the 2009 WSOP Main Event. Like year’s past, the majority of “name” pros exited stage left before the final day, leaving us with only a few marquee names for the N9: Phil Ivey, Antonio Esfandiari, and Leo Margets, a woman.

Of those, only Ivey right now is in a good position to make the final table. He’s fifth overall in chips with 11,350,000. Ivey has been on the cusp of making the final table before, taking a bad beat by Chris Moneymaker to finish 10th in 2003 and making a questionable call with pocket Jacks against Aaron Kantor in 2005 to finish 20th. He also finished 23rd in 2002, but that was before the boom which means it was like a tree falling in the woods that nobody heard.

Esfandiari was short-stacked during the final minutes of play, but managed to chip up to 4,470,000 before the end of the night. And Margets will enter play as one of the short-stacks with 1,530,000.

The chip leader going into Day 8 is Darvin Moon with 20,160,000. Darvin, who lives in Oakland, Maryland, won his seat into the ME through a tournament in a casino in Wheeling, West Virginia. He owns a small logging company with his family.

Should be an interesting day. Lots of short-stacks who may go home quickly then a slow grind to the final nine.