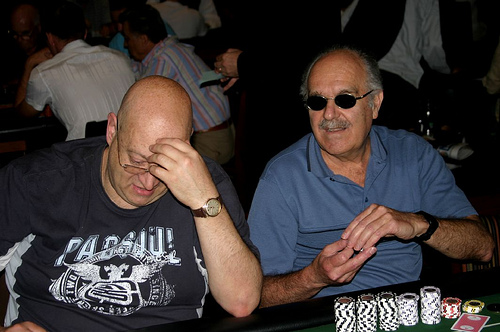 The guy on the right won.

Not that the Aussie Millions was ever a ratings juggernaut, but if it was, this was about the worst way a final table could go down for broadcast purposes.

The 2011 Aussie Millions Main Event was captured by 83 year-old David Gorr. The native Australian has a history of cashes dating back to around 2000 in poker events–but they’re all mostly smallish and all in Australia.

For photos that we would’ve used had the so-called “Internet” existed when Gorr was our age, go here.