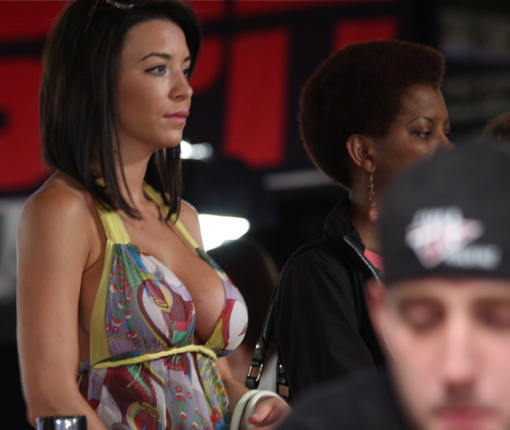 Like his girlfriend today (above), David Williams is having a bust-out year in 2010.

This has been a damn good year for David Williams and his new do and not just because he won the WPT Championship in April, taking home $1.5 million. Or because he inked a deal with the largest poker site PokerStars in June. Or because he’s currently above-average stacked with 101k in chips after the dinner break on Day 2. No, it’s been a good year because somewhere along the way he landed the super hot girlfriend you see in the photos above and below. And when it comes down to it, it isn’t about the money or fame. That stuff comes and goes. Hot chicks with fantastic racks though, they’re forever.

Okay, they come and go too but you can’t bang money or fame.