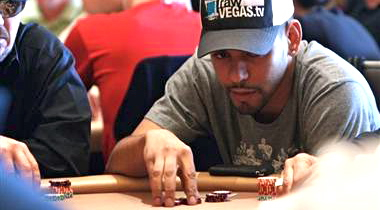 Time to put a PokerStars cap on that head...

However, one thing Stars has been missing is a brother.

PokerStars has scooped up a fresh-off-his-WPT-Championship win David Williams, and a fresh-off-her-NAPT-win, Vanessa Selbst. Good score for Stars as both are respected pros that can broaden their marketing reach.

In related but kind of unrelated news, Carbon Poker has signed a fresh-off-her-taking-a-rake-in-her-Hollywood-home-game Shannon Elizabeth to a sponsorship deal. This makes Shannon’s 47th endorsement deal (give or take) in poker. Read about it here.