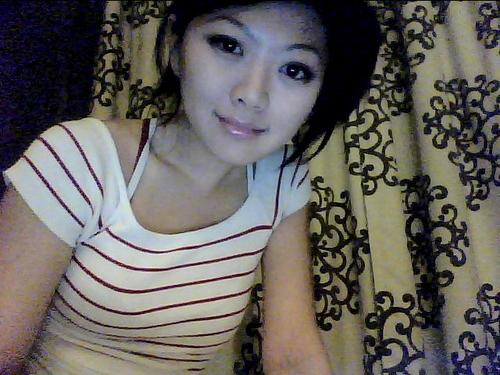 The EPT Copenhagen is underway with the unknown/unpronounceable Domantas Klimciauskas of Lithuania leading the field going into Day 2 with just over 200k in chips. Two US American PokerStars qualifiers, Michael Aron and Mark Hirleman, are stacked 2nd and 4th best (191k and 163k respectively). Swede Ramzi Jelassi is 3rd with 169k.

Notably, notable pros Annete Obrestad, a woman, and the un-retiring Peter Eastgate are still in the mix with 102k and 73k respectively.

Of interest to us, Barry Greenstein, Daniel Negreanu and all lover of hot A’s, the sexy cute  Xuan Liu of Toronto, Canada has made it to Day 2 with just under 50k. Here’s to hoping the always stellar PokerStars Blog crew points their cameras more at Xuan before she busts. For what they’ve gotten so far, click here.

Also, after the jump check out the audition video Xuan Liu did for the PokerStar Big Game Loose Cannon.

Before you do though, take a guess which one of the below is a made up name. All others are real name of players still remaining at the EPT Copenhagen. Not shittin ya.