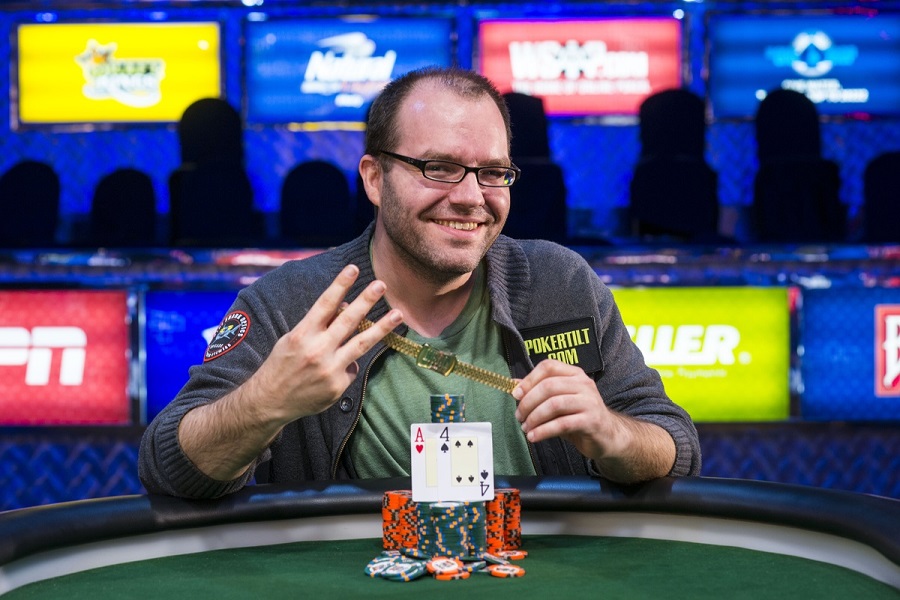 Timing is on his side this time.

Sometimes in life, and particularly in poker, timing is everything.

Go back to 2003. Sure, poker would’ve boomed whether or not Chris Moneymaker had won the 2003 WSOP Main Event. But would it have had the same frenzied growth had the cards fallen differently in that pivotal hand between Moneymaker and Dutch Boyd? Probably not.

For poker, it worked out. Moneymaker helped usher in millions or wannabe average Joe’s pursuing a dream of poker riches. Dutch Boyd and “The Crew” formed the blueprint of the super-smart, analytics-based group of friends who band together and live, breath, and die discussing poker strategy.

Flash-forward to 2014. Dutch has had an up-and-down decade (a lot of which he chronicled in his just released book, Poker Tilt). Coming into this year’s WSOP, he was at a nadir, having just lost a $60,000 ruling for essentially domain squatting to mega-douche/prick Mason Malmuth and 2+2 (see Dutch’s reaction to the ruling here).

If there was ever a time he probably needed the money, it was now.

Said Dutch after the win to WSOP.com:

“It feels good, it feels really good. After this, I might have to write a whole new book.”

In other WSOP news…