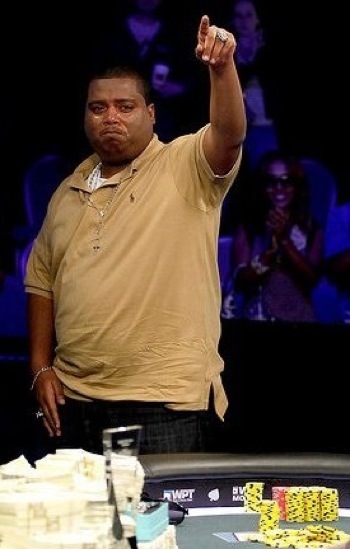 Unfortunately, there was no repeat performance of the above victory for Dwyte Pilgrim at the WSOP-C Regional in Rincon.

Oh well. The man the myth the legend, Black Phil Ivey, Big Sldick, the one and only Dwyte Pilgrim ultimately did not achieve poker’s ever elusive Dual BonanzaTM (WPT and WSOP-C Regional title in the same year).

Instead, the championship was battled out by Tim West, who won the WSOP-C Rincon Main Event just a few days earlier, and Ali Eslami, who was an early tourney chip leader.