Home   Where the Eff Is Carlos? And Other Thoughts on the Poker Hall of Fame Nominees 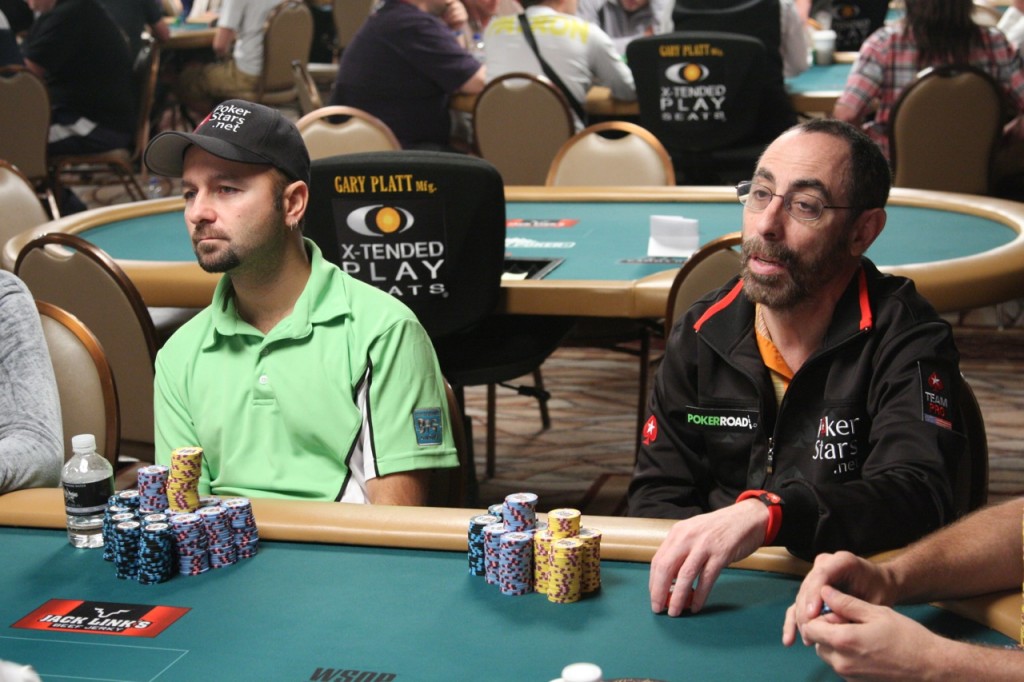 Daniel Negreanu is a shoe-in to find a spot in the HOF alongside the likes of Barry Greenstein.

First, let’s start off with this: we generally like the Poker Hall of Fame process.

It’s flawed. So it stirs discussion. And people discussing poker is Good for PokerTM.

Some years, the public/committee nail their picks. The HOF induction classes with Seidel/Harrington, or Mike Sexton, for example, were spot on. Other years, they utterly whiff. Barry Greenstein and Linda Johnson (great examples of what sucking up to the media will get you) getting in over Scotty Nguyen (who was wrongly held back solely for his 2008 WSOP H.O.R.S.E. behavior) or the continued omission of Carlos Mortensen are the most egregious recent examples.

This year’s nominees contain some head scratches. Bob Hooks? Maybe Chad Holloway deserves a spot on this year’s Power 20 if his Poker News piece on Hooks–who 99.9% of the poker community had never heard of before November 2013–gets Hooks in the HOF. Chris Bjorin, Humberto Brenes, Bruno Fitoussi? What what what? And is Jack McClelland a towering figure in the industry–or just a guy good at his job?

Hall of Fames are hallowed. They celebrate excellence–the best of the best. Too many nominees are fine players with good careers and deserve respect and admiration–just not in the HOF.

While controversy stirs discussion and debate–which is good–omitting the likes of John Juanda, Carlos Mortensen (seriously how’d this happen again?), or builders like Steve Lipscomb and Isai Scheinberg and Ruth Parasol in place of some current nominees is not. The HOF loses credibility.

With that in mind, based on this year’s list–we’d cast our vote for one person and one person only: Daniel Negreanu. He’s a true superstar, has the results to back it up, and would overshadow anyone else to such a degree that it wouldn’t give that aforementioned anyone his/her proper moment.

This year is a no-brainer, Negreanu all the way. Hopefully next year, some more deserving players and industry builders get their recognition and due.