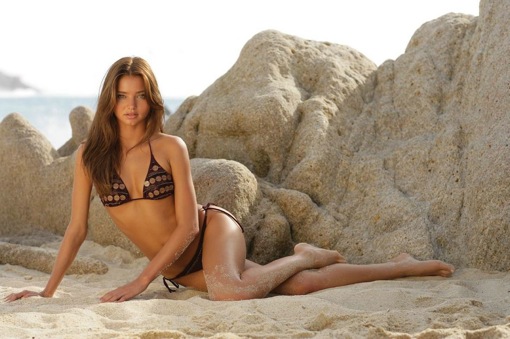 San Remo, Italy has many lovely beaches similar to the one Miranda Kerr is posing on in the above pic.

In the middle of Day 2 at post-time, a little less than 400 remain. Bertrand “ElkY” Grospellier is currently second overall, stacked at 320,000. Another frog, Thomas Bichon, is among the chip leaders with 220,000.

Other notable big stacks include but are certainly not limited to Jason Mercier, Roy Winston (where he been?), Liv Boeree (a woman), and Liz Lieu (a woman).