Home   EPT Berlin Robbery Suspect Turns Self In, Another Arrested 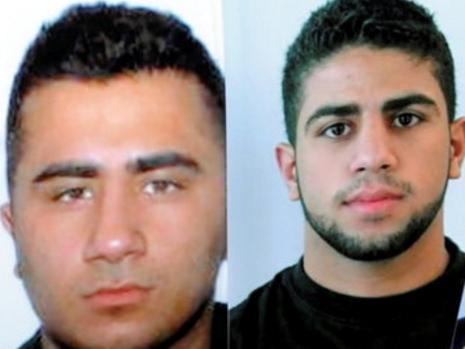 These two guys are still at-large.

According to German newspaper Bild, a 21 year-old suspect in the EPT Berlin armed robbery turned himself in to authorities on Monday night. He did not snitch the whereabouts of the other three suspects or where the money is, because as everyone knows: you don’t ever fucking snitch.

While the name of the terrorist alleged perp that turned himself in wasn’t released, the names of the other three people so-called authorities are looking for were: Mustafa Ucarakus, JIHAD Chetwie and Ahmad El-Awayti (who according to Pokerati has now been arrested).

Jihad? Really? Kid isn’t effing around there. Pretty much assuring he’ll be on every no-fly list the rest of his life.

In related news, Jeff Madsen has already claimed that the robbery didn’t happen and it was all a Government conspiracy.