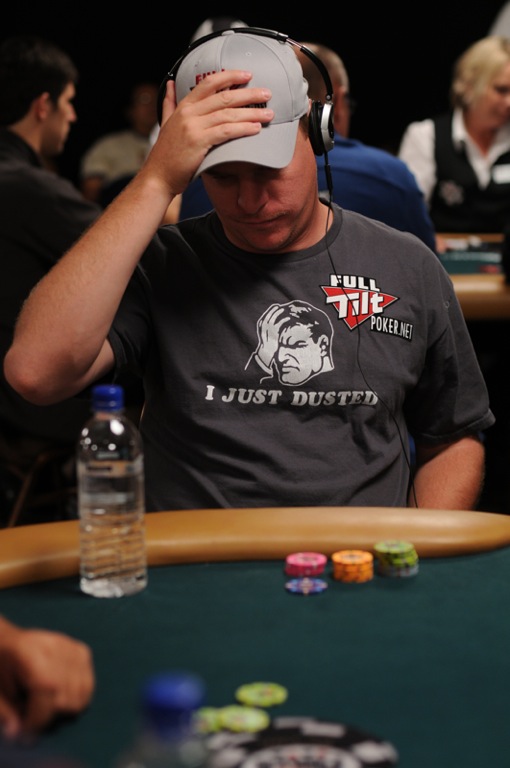 Erick Lindgren just dusted the field on Day 1A of the 2011 Aussie Millions Main Event.

Day 1A of the 2011 Aussie Millions Main Event wrapped with a stacked leaderboard.

In a surprising third overall is Patrik Antonius (176,500). Regarded as one of the game’s greatest cash game players, Antonius is clearly inspired to post a good live tournament finish to ensure he gets his tour card in that newly announced but yet-to-be-named professional poker league/tour/thingy. Otherwise, he’ll probably think that whoever came up with the mathematical qualification system should work at a McDonald’s.

Also among the big stacks and making a move to reclaim the top overall tournament money winner spot is Phil Ivey with 134,200.